Sinbad, the Coast Guard’s most famous mascot. He was adopted by a crewman from the cutter Campbell prior to World War II. He was so beloved by the crew that they actually enlisted him in the Coast Guard. Sinbad served faithfully through thick and thin, surviving combat with the Germans and Japanese, causing a few international incidents with his antics, and even having a book written about him! Here he is at his battle station on board the Campbell, ready to take aim at a German U-boat! 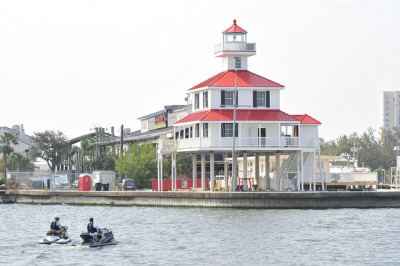