When I was growing up there was no such thing as personal computers, Internet and pong had not been invented yet.  I spent a lot of time reading books.  The first real â€œchapterâ€ book I read, from cover to cover,was one called Snow Treasure by Marie McSwigan.  When I completed that book for the first time I was so proud.  It was more than 150 pages and for a boy my age, that was more reading than we thought the law should allow.  I read and re-read that book many, many times and carried it around with me where ever I went.  It was not a particularly great book by any stretch, but it was the longest one I had read to date.

Fast forward thirty some odd years and I receive a package from my parents.  Inside I find a few of my childhood items, and a few things from my days in the Navy.   They came across these items one day and thought I would appreciate having them again to share with my two boys.  One of the items was my dog eared  copy of Snow Treasure.  Its pages were now brown with age and had that musty stored in a box smell, but I didnâ€™t care.  I showed it to my boys and told them all about the story and how much I loved that book.  I tried to get them to read it but they had reading of their own to do and this story was nowhere near as exciting as Doctor Who and anything by Anthony Horowitz.  I put it on my bookshelf in my room and although I intended to read it again, it never happened.

Fast forward again a few years to June 15, 2008.  My younger son, Noah, came in my room and placed his Fatherâ€™s Day present on my nightstand and my wife shooed him out and told him to let me sleep in.  When I awoke and saw his gift, my heart almost stopped.  Underneath my card was a brand new copy of Snow Treasure.  I asked him where he bought it and he said that he had chosen it as a prize for winning some type of contest at his school.  He had his choice of books, but he said when he saw that one, he knew that was it.  He said he had won the book several weeks ago and figured it would be the perfect Fatherâ€™s Day gift, and he was right.  I have not talked about that book in years, but somehow it stuck with him.  He doesnâ€™t even brush his teeth sometimes without constant reminders.  That boy amazes me all the time, and isnâ€™t that one of the joys of fatherhood. 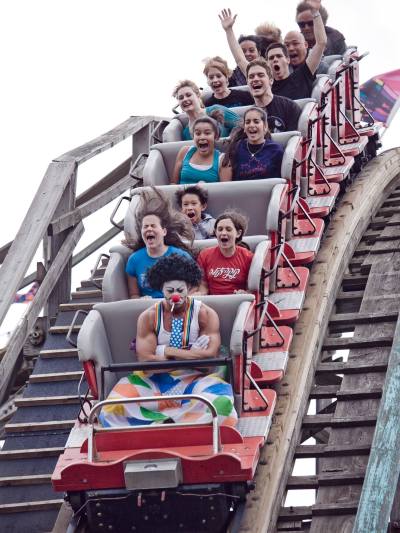